Hailed as the workhorse of WWII- P-40s were a force to be reckon with. Get a chance to ride in this thrilling machine this year at Pacific Coast Dream Machines 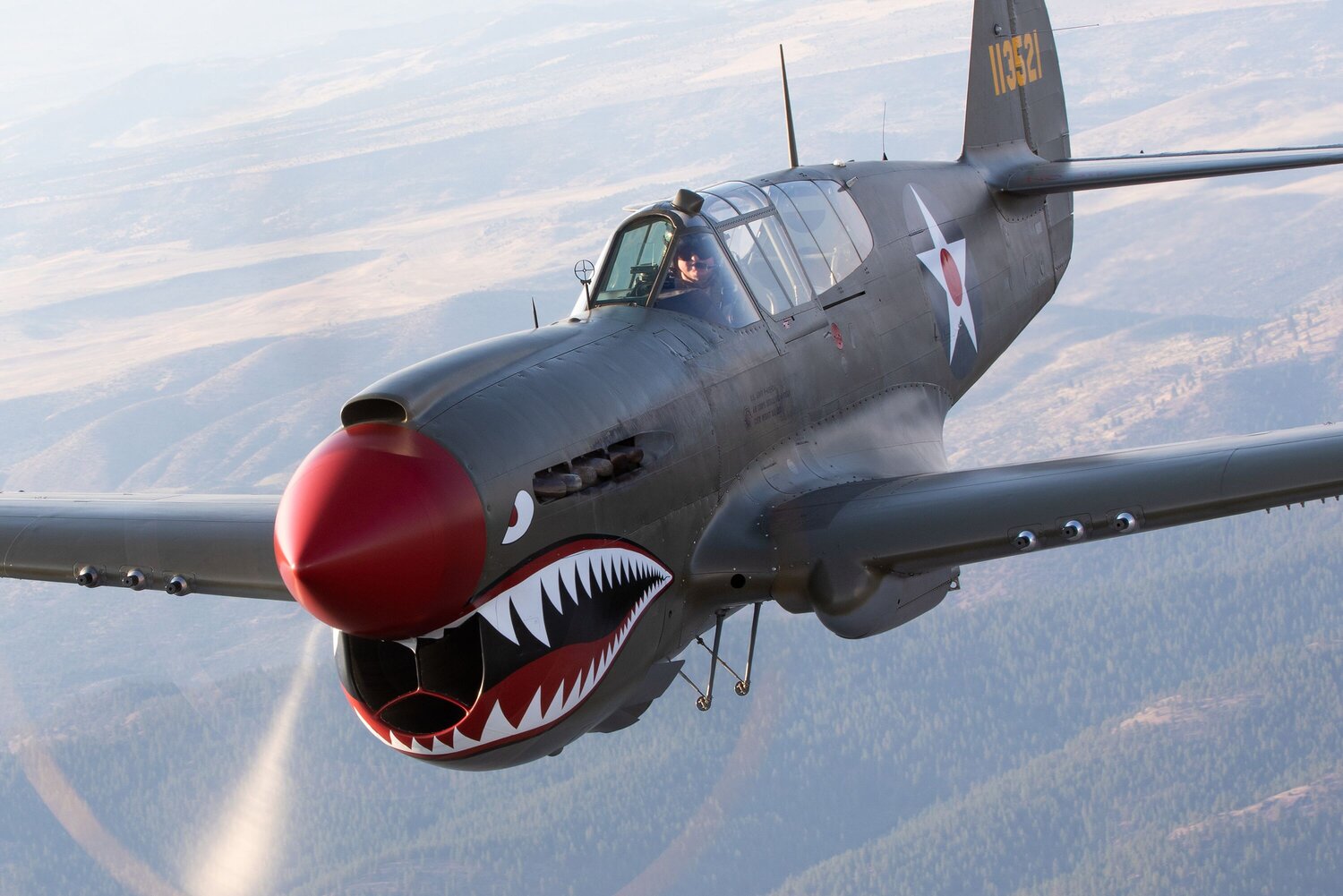 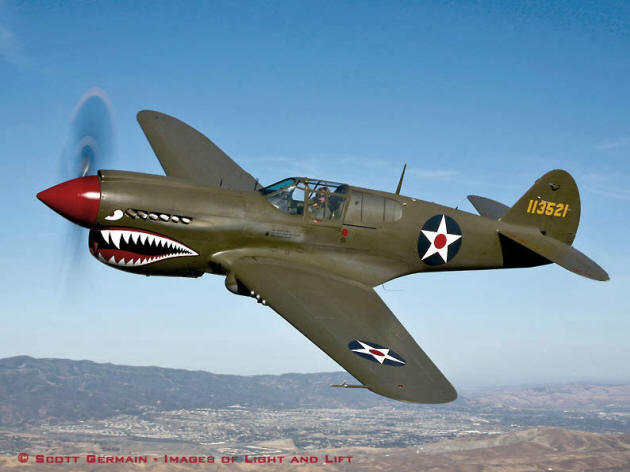 Over 13,700 P-40s had been built by the time production ended in December 1944. Although the P-40 did not have the best performance of its contemporaries, it did have a reputation as a rugged aircraft and it was available when needed.

The P-40 is most famous as the aircraft of General Claire Chennault's American Volunteer Group - the Flying Tigers. Their P-40Bs defended China against the Japanese. P-40s also serviced in the Pacific, Middle East and Europe and defended North America in the Aleutians. The P-40 was operated by England, France, China, Russia, Australia, New Zealand, Canada, South Africa, and Turkey as well as the United States.

This aircraft was purchased direct from Curtiss by the British Purchasing Commission (i.e. it was not a Lease-Lend aircraft with a USAAC serial). It was delivered to the RAF on 6 November 1941 as AK940. It was allocated to the Royal Canadian Air Force and served with 111 Squadron. It was re-numbered to 1058 later in the war, and finally struck off charge on 16 August 1946. The aircraft also flew with 133 Squadron, was coded X and was based at Tofino, British Columbia and Sea Island, BC.

This P-40E has undergone a 21 month restoration. Originally restored in the early 1980's it was badly damaged in a forced landing in 1996. Stored for some time, it was initially purchased by Dick Thurman and subsequently sold to Tony Banta. Restoration was begun in June 2000 and it flew again on the 24th March 2002. The aircraft has made its debut at the 'Warbirds Over Wanaka' 2002 airshow.

The aircraft was another that was restored as joint venture between Pioneer Aero Restorations and Avspecs, using Pioneer's large selection of tooling.

Fly with the Tiger in this thrilling machine and see what its like to ride in the belly of the beast. Rides will be available on Friday, Saturday and Sunday (April 22, 23 and 24). The Pacific Coast Dream Machines Show will be held on Sunday, April 30 from 10am to 4pm at Half Moon Bay Airport.