The Douglas DC-3:
The Badass Plane That Changed The World

Over 80 years since its maiden flight in December 1935, the DC-3 remains one of, if not ‘the’ most iconic aircraft ever built. 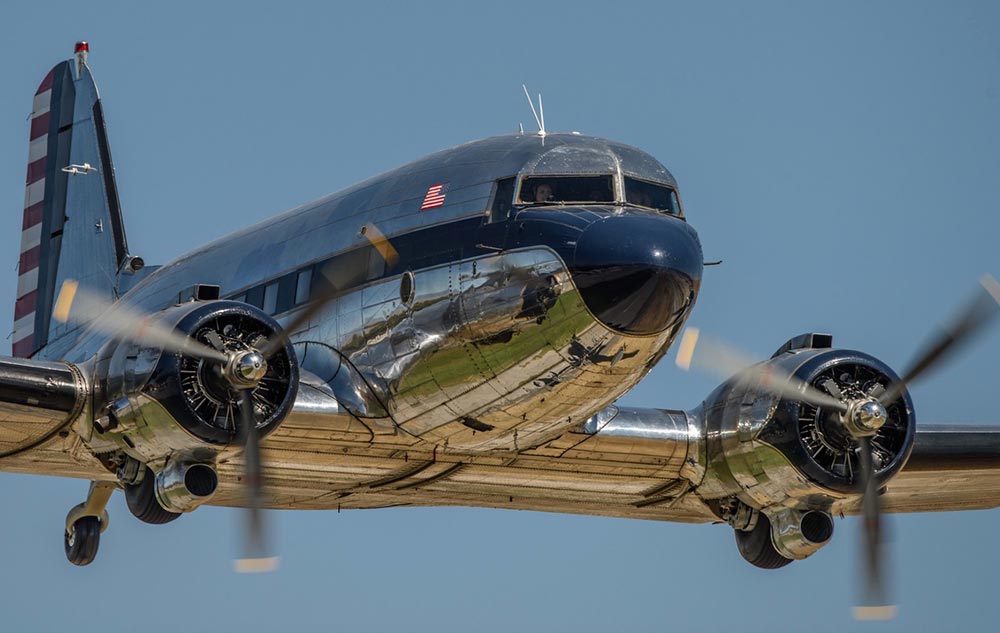 It is generally recognized as the world’s first true airliner and is not only among a select group of “Planes that changed the World” it is still in active service in all corners of the Globe to this day. 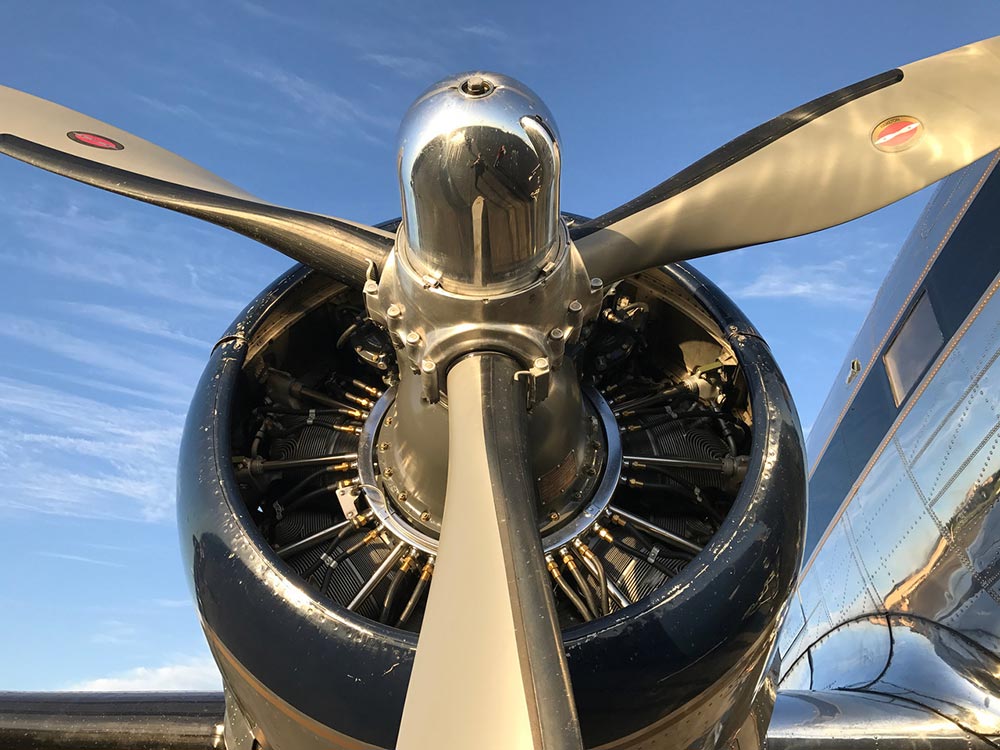 This was one of two aircraft requisitioned by Major General Henry ‘Hap’ Arnold along with a sister ship (designated as a C-41, and also still flying today as N41HQ) as VIP transports for himself and military command staff as well as other high ranking officials including the Secretary of War.

These aircraft were based at Bolling Army Airfield, Washington D.C. as a part of the 1st Staff Squadron.

The aircraft was well appointed and the main cabin was equipped with swivel seating to allow for inflight meetings. The forward cabin was originally configured with four sleeping berths and upper skylights, similar to those found on the original DST (Douglas Sleeper Transport).

N341A today retains its original distinctive tail insignia and bare metal finish, albeit now highly polished and with the addition of dark blue highlighting along the fuselage window line.

What could be more inspiring than soaring over the sweeping vistas of Half Moon Bay, the Pacific Ocean and San Francisco Bay?

Nothing . . . unless it’s from the seats of the luxurious VIP cabin in Golden Age Air Tours majestic Vintage 1939 Douglas DC-3 during this year’s Pacific Coast Dream Machines Show, April 30 at Half Moon Bay Airport!

The DC-3, which made air travel popular and the airline industry possible, is universally recognized as the greatest airplane of its time. Eight decades after its first flight, the DC-3 remains an aviation legend.

Looking for new adventure or a uniquely memorable treat for that special someone? Golden Age Air Tours recreates the Glamour and Romance of flight. 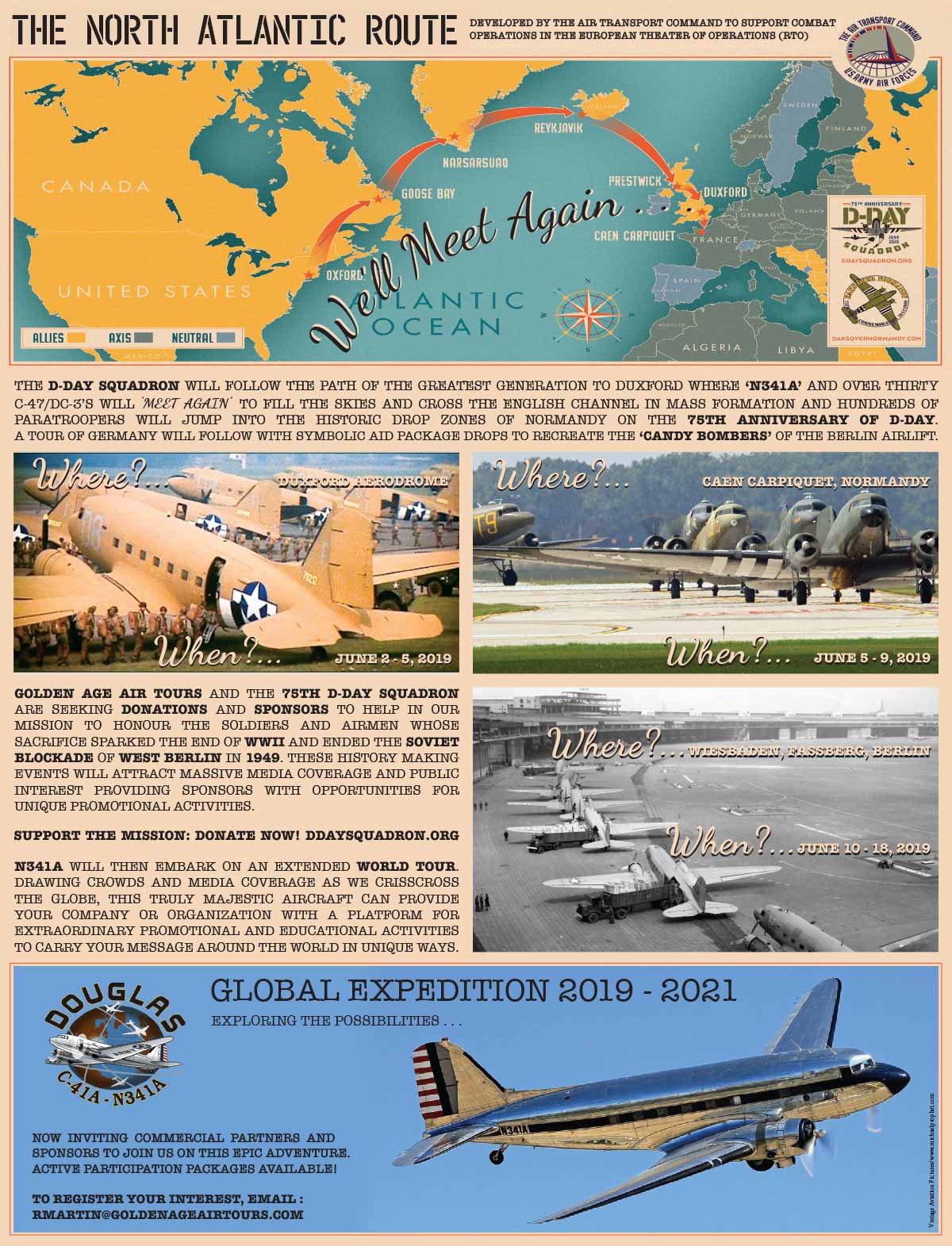