Cacklefest is a term coined to define the cackling and crackling of mighty engines as they reach full power, sometimes with powerful additives like nitromethane. They hiss, cackle, spit fire, noise and smoke into the air as fearsome as any mythical dragon of old. 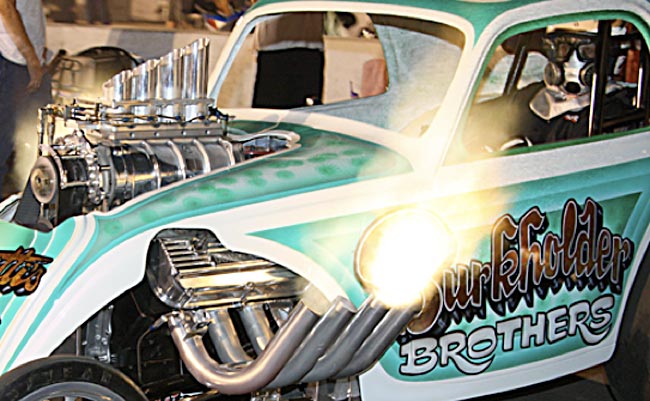 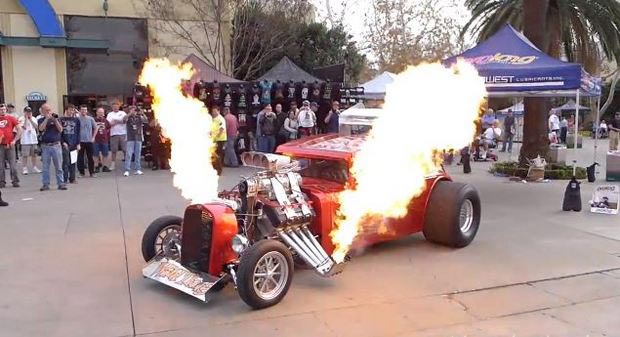 Cacklefests originated in the late 1990s at NHRA California Hot Rod Reunion races. On hand were some of the famous dragsters, some original and others that were restored, that took fans back to the early years of drag racing. Many of these cars came from the renowned collection of the NHRA Motorsports Museum. All throughout the meet, these cars were fired up and belched nitro smoke into the admiring crowds, and thunderous noise that brought mobs of people running to where the action was.

At this year's Pacific Coast Dream Machines Show, April 25 at Half Moon Bay Airport, we're bringing back Bob Senz' Big Cacklefest, a mass synchronized firing up of the engines and belching of smoke and thunderous noise from all the motorized mechanical marvels on display at 10am, 12pm and 2pm, named for our show's founder and Chairman emeritus, Bob Senz.

It’s fitting. Half Moon Bay Airport, where the Dream Machines Show is held, was the site of the legendary Half Moon Bay Drag Strip from 1957 through the 1960s. The dragstrip hosted every big name in the sport of drag racing. In 1968, the dragstrip was sold and closed shortly thereafter.

The cacophony of noise is part of what makes Dream Machines such a uniquely iconic and beloved event!

Thank you Bob Senz for all you have done in creating what has grown into one of California’s most beloved and unique events!