A plane with a gripping past is selling rides this year at Dream Machines. 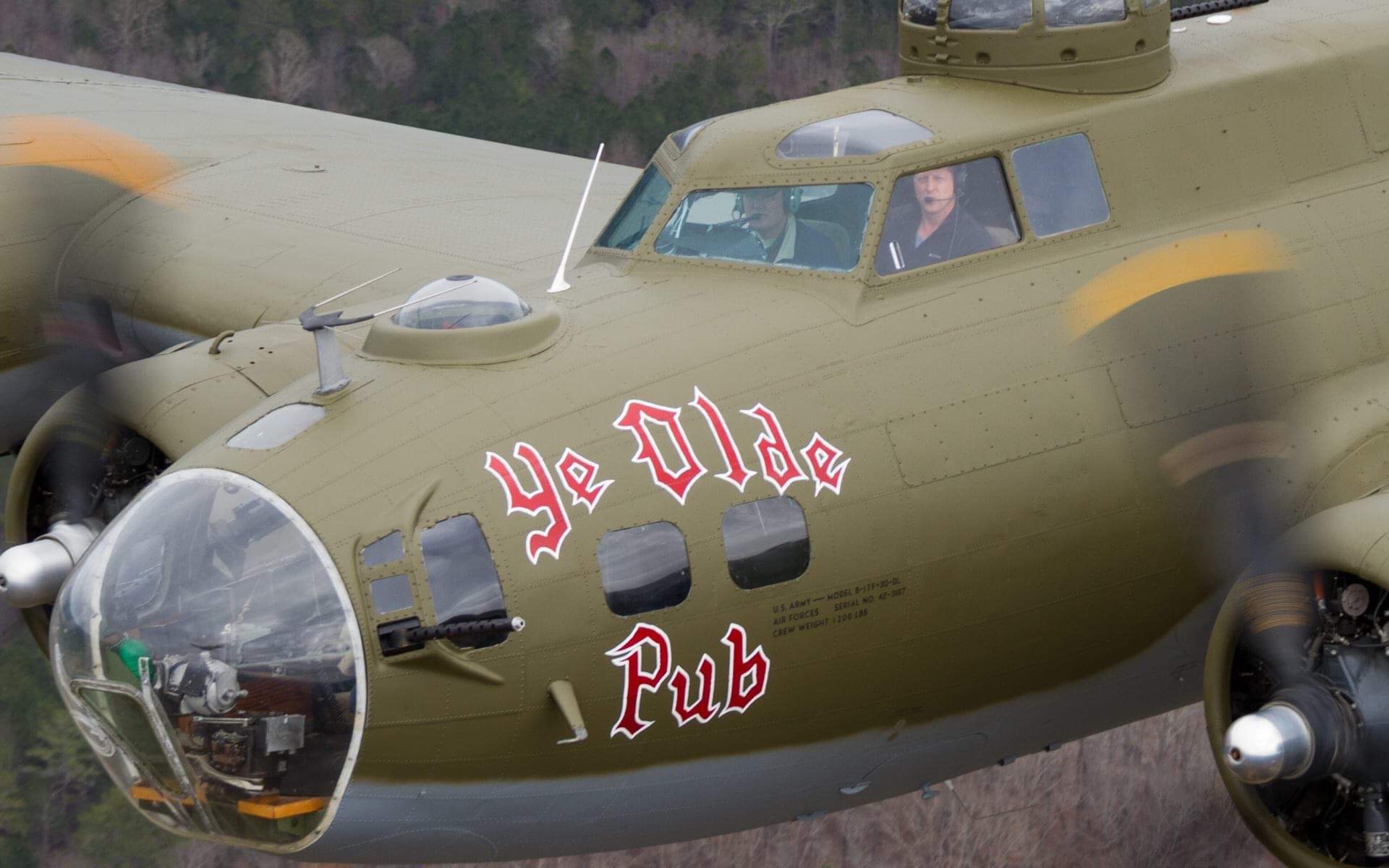 The B-17 was employed by the United States Army Air Forces (USAAF) in the daylight precision strategic bombing campaign of World War II against German industrial and military targets.

The B-17 also participated to a lesser extent in the War in the Pacific, early in World War II, where it conducted raids against Japanese shipping and airfields. From its pre-war inception, the USAAC (later USAAF) touted the B-17 as a strategic weapon; it was a potent, high-flying, long-range bomber that was able to defend itself, and to return home despite extensive battle damage. It quickly took on mythic proportions, and widely circulated stories and photos of B-17s surviving battle damage increased its iconic status. With a service ceiling greater than any of its Allied contemporaries, the B-17 established itself as an effective weapons system, dropping more bombs than any other U.S. aircraft in World War II. 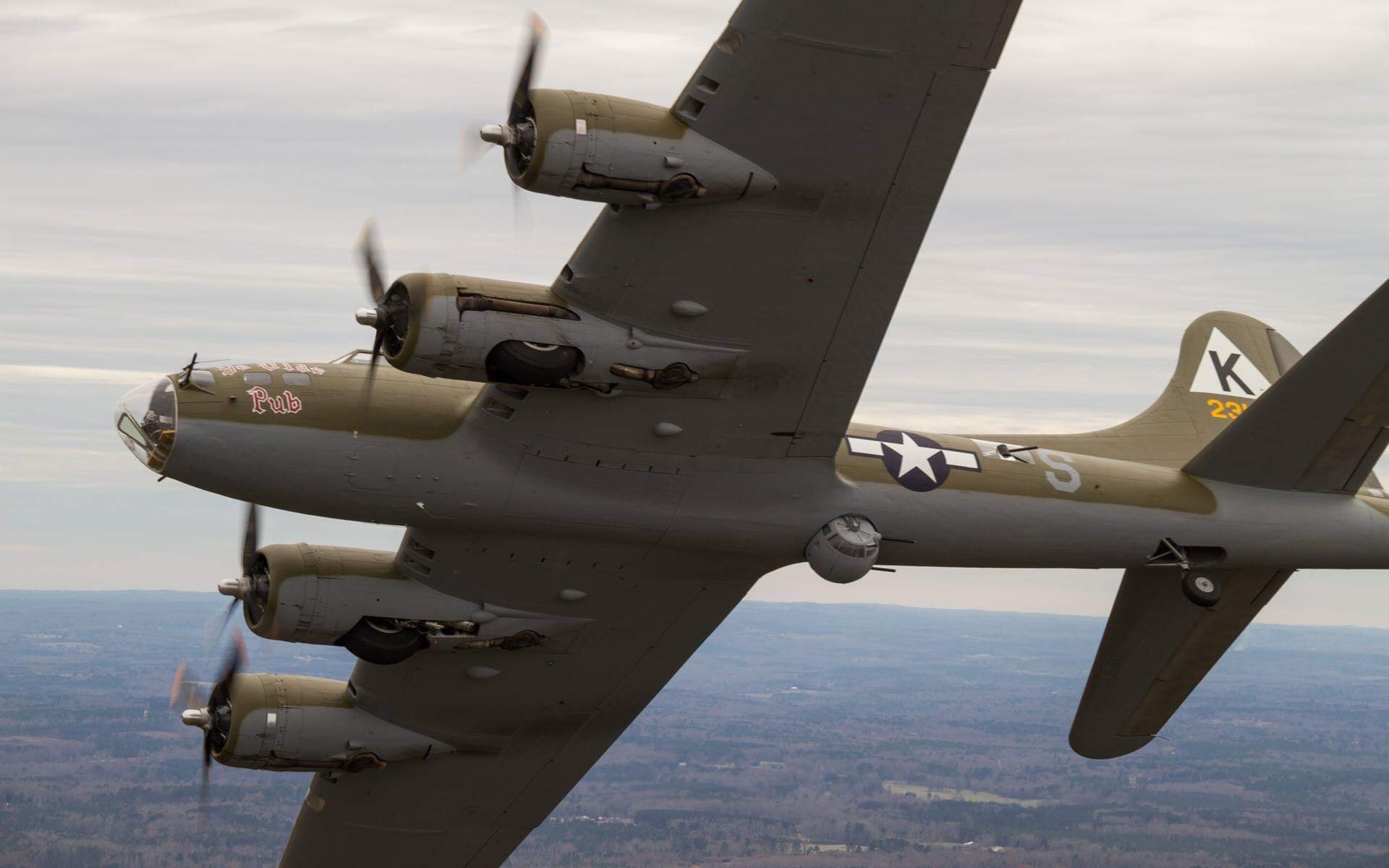 In January 2019, the aircraft was repainted it to “YE OLDE PUB” in honor of the men who flew it in the skies of Germany.

Once in a while, you hear an old war story that restores your faith in humanity. Usually it involves a moment of quiet in the midst of chaos. But how many of them take place in mid air? On December 20, 1943, two enemy pilots met in the skies over Germany - an American, Charlie Brown - and a German, Franz Stigler. What transpired would be called: “WWII’s most incredible aerial encounter.” The unlikely encounter between one of German’s leading fighter aces and the rookie crew of an American bomber in the frigid skies of Germany in December 1943 - upon engaging the already damaged American Plane, Stigler had mercy on his enemies and escorted them to safety.

The B-17G Bomber coming this year, was manufactured by Lockheed-Vega and delivered to the U.S.A.A.F. on October 16, 1944. It was modified to be a “Pathfinder” B-17, equipped with the latest ground scanning H2X radar for nighttime bombing. It was used purely stateside in a training role during WW II before being dropped from the U.S.A.F. inventory in May 1959. In 1961, Albany Building Corporation purchased the B-17 and used it for hauling freight, before selling it in 1963 to Donthan Aviation Corp. who used the airplane as an agriculture sprayer. In 1979, Doc Hospers of Fort Worth, Texas purchased the airplane and restored it to flying condition. The airplane was then sold to Jerry Yagen at the Military Aviation Museum in 2009 before being purchased by Erickson in 2013. Of the B-17 “Pathfinders” that were built, it is the only one left in existence.

This is one opportunity you will not want to miss flying aboard the legendary B-17 with such a unique history over the California coast. Rides will be available on Friday, Saturday and Sunday (April 22, 23 and 24). The Pacific Coast Dream Machines Show will be held on Sunday, April 24 from 10am to 4pm at Half Moon Bay Airport.