You know you’ve made it when you can turn the beautiful blonde head of supermodel Heidi Klum. And the bald head of super comedian Howie Mandel. 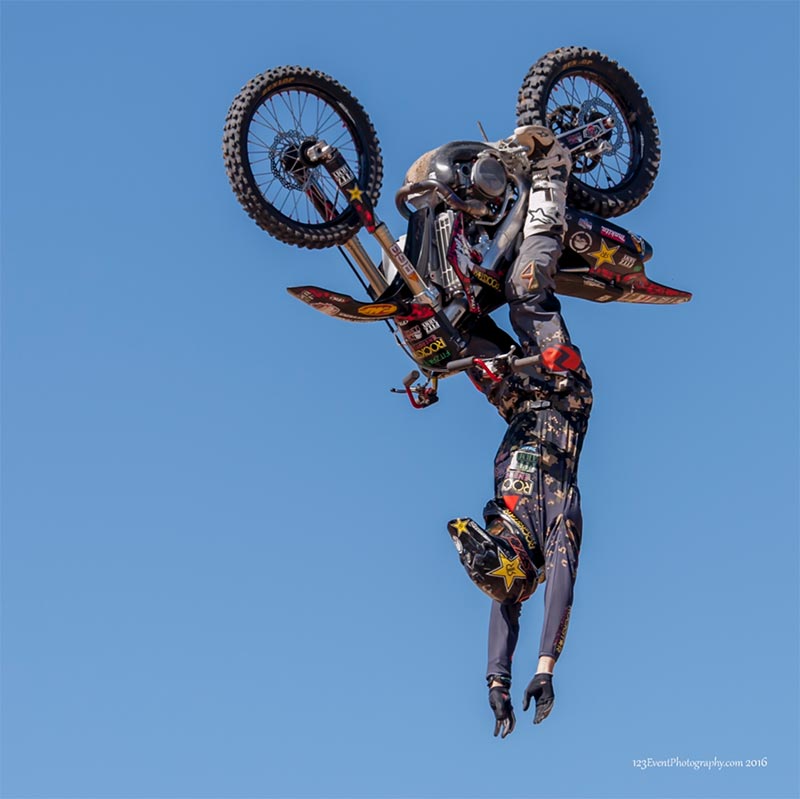 Fitzpatrick made the entire nation utter a collective gasp when he appeared on the show alongside his FitzArmy/Metal Mulisha freestyle motocross team members. And the judges went crazy! After they finished gasping and clutching their hands to their chests, that is.

Anyone who’s seen the FitzArmy do their crazy thing at the Pacific Coast Dream Machines totally gets it.

What these guys do is sick. Insane. Awesome. Unreal. They are the arsonists of the air, for whom flipping skyward…while on fire…while riding a gas-powered motorcycle…Well, it’s all just a day at the office.

And they’re back it this year.

And this time he’s bringing his good friend Brian McCarty who owns the record for the longest back flip of two hundred feet!

These seasoned pros will be performing their heart stopping maneuvers throughout the day.

They will also be hanging out for autographs and pictures when they aren’t flying through the sky .

Asked what it takes to become the kind of rider who can boldly execute a 360° back flip on a full-sized hunk of metal and motor, John Borba of WGAS Motorsports, producer of the FMX shows, laughs. “You need the memory of an elephant, the body control and fitness of an Olympic gymnast, and, finally, the stones of a bull rider….and, oh yeah, it doesn’t hurt to be young and fearless.”

"Every one of these riders has something unique and spectacular to offer," Borba said. "So make sure to bring your cellphone, cameras to capture the magic." 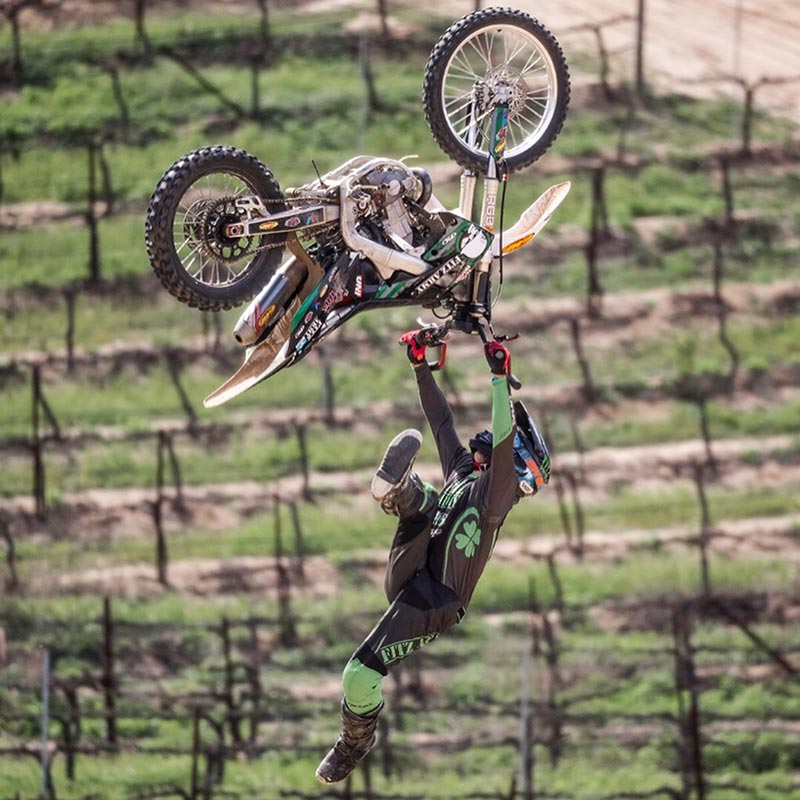 Explaining Jimmy Fitzpatrick in a few words would be nearly impossible. Dirt bikes came into his life during family trips to the desert, primarily Ocotillo Wells. In his younger years Fitz was on a different direction of sports, taking on Aquatic High Diving. Once his family moved to a 54 acre vineyard propriety in Temecula, he turned his skills from flipping into water over to flipping a dirt bike onto dirt. Brian Deegan, Twitch, Larry Linkogle, Todd Potter and the rest of the Mulisha crew began to build jumps over at Fitzpatrick’s propriety. Fitz entered the Spike Camp Crusty Demon Reality Show and ended up claiming the title as the winner. Fitz than became a member of the Metal Mulisha family and has been riding ever since! He has taken on Freestyle demos all around the world making a name for himself and some of the biggest KOD flips in the action sports industry. Fitzpatrick also has quite a wrap sheet of accomplishments from all the contest and debuts he has entered to starting his own line team called Fitz Army.