The Wonder of Skydiving Returns to Dream Machines 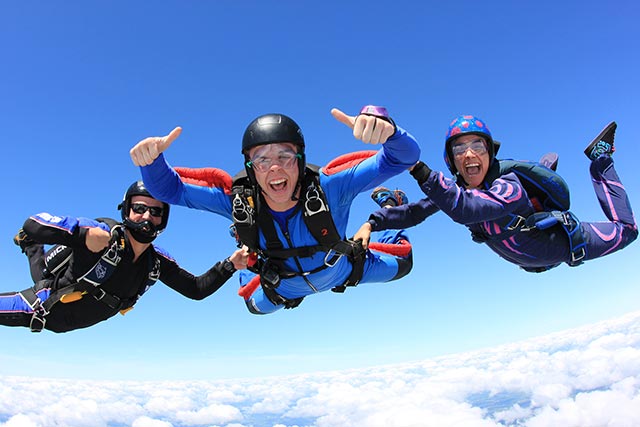 How ‘bout this for a grand entrance to the Pacific Coast Dream Machines Show?

World record holder Ed Pawlawski and his team from Precision Skydiving will be dropping into the Pacific Coast Dream Machines Show from above. From 3500 feet above, that is!

“We’ll be executing a military style jump from 3500 feet right into the Half Moon Bay airport,” Pawlawski says. “It’s going to be an incredible experience and bigtime fun and particularly cool this year as we’ll be jumping from a Douglas C-47, known as the greatest aircraft of its era.”

Fun has always the name of the game for Pawlawski, who began jumping more than two decades ago. Never satisfied with the quotidian, he has continually pushed the limits. He holds numerous world records, and a few years ago, established a world’s record for the largest formation jump. Just he and 399 of his closest jump buddies.

At Precision Skydiving, Pawlawski practices what he preaches, teaching novice sky divers how to jump “the right way.” Each student is taught individually, the better to truly understand the techniques, the physics, and possible pitfalls. 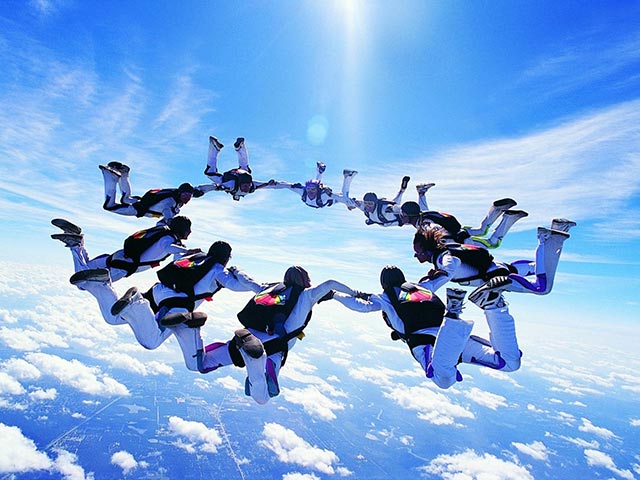 “It’s not the kind of activity where you can afford to make mistakes,” he says.

In addition to sky diving, Pawlawski has also gotten into wingsuits.

“You still have a parachute, but the suit has extra fabric between the arms and legs so that you can actually experience flying,” he says. “I once flew for nine miles. It’s an amazing experience and one that I love to teach to experienced skydivers.”

After executing numerous world record jumps, a simple military maneuver might not seem all that exciting, but Pawlawski insists this is far from the case.

See the incredible skydiving at this year’s Pacific Coast Dream Machines Show, April 25 from 10 a.m. to 4 p.m. at Half Moon Bay Airport.